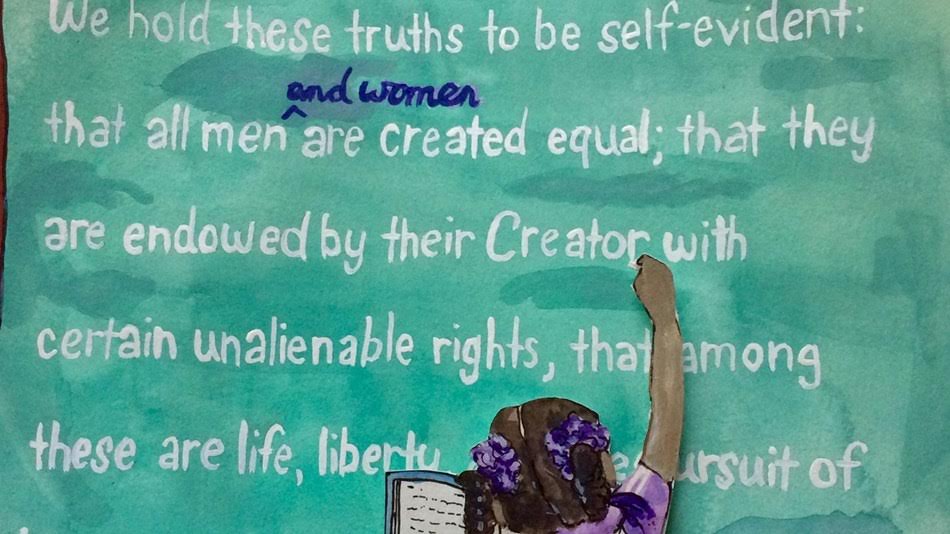 Honoring Women Who Fight All Forms of Discrimination against Women

Women’s History Month is a celebration of women’s contributions to history, culture and society. Since 1987, the United States has observed it annually throughout the month of March, thereby creating a special opportunity in our schools, our workplaces, and our communities to recognize and celebrate the often-overlooked achievements of American women. Each year there is a special theme, and women whose lives exemplify that theme are selected as National Honorees. This year, the theme is NEVERTHELESS SHE PERSISTED: Honoring Women Who Fight All Forms of Discrimination against Women

The phrase Nevertheless She Persisted was born in February 2017 when Senator Elizabeth Warren (D-MA), was silenced during Jeff Sessions’ confirmation hearing for Attorney General. At the time, Senator Warren was reading into the official record a letter penned by Coretta Scott King (herself a previous National History Month honoree). Referring to the incident, Senate Majority Leader Mitch McConnell (R-KY), later said: “Senator Warren was giving a lengthy speech. She had appeared to violate the rule. She was warned. She was given an explanation. Nevertheless she persisted.” Feminists immediately adopted the phrase in hashtags and memes to refer to any strong women who refuse to be silenced.

Women’s History Month in the United States grew out of a weeklong celebration of women’s contributions to culture, history and society organized by the school district of Sonoma, California, in 1978. Presentations were given at dozens of schools, hundreds of students participated in a “Real Woman” essay contest, and a parade was held in downtown Santa Rosa.

A few years later, the idea had caught on within communities, school districts and organizations across the country. In 1980, President Jimmy Carter issued the first presidential proclamation declaring the week of March 8 as National Women’s History Week. The U.S. Congress followed suit the next year, passing a resolution establishing a national celebration. Six years later, the National Women’s History Project successfully petitioned Congress to expand the event to the entire month of March.

However, the roots of today’s Women’s History Month can be traced back even further: many scholars point to the events of March 8, 1857, when women from various New York City factories staged a protest over working conditions. The first Women's Day Celebration in the United States was also held in New York City as far back as 1909.

“To recognize the fact that securing peace and social progress and the full enjoyment of human rights and fundamental freedoms require the active participation, equality and development of women; and to acknowledge the contribution of women to the strengthening of international peace and security.”

For more on the history and accomplishments of women in the United States, we encourage you to visit the Women’s History Month gallery at www.history.com and learn more at the Women’s Rights National Historical Park and Museum.