Is Your Child Lying to You? That's Good 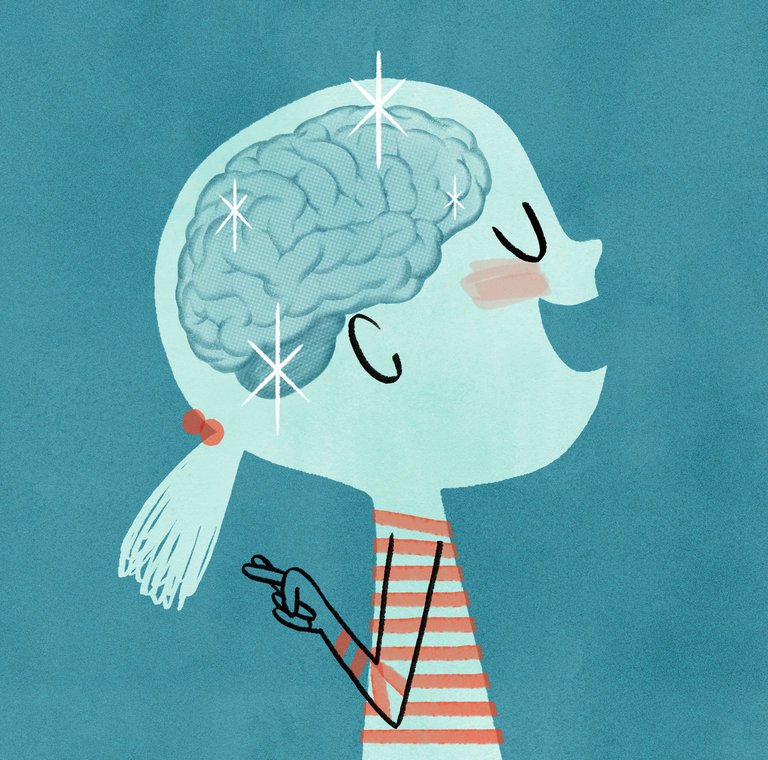 Should parents be troubled when their kids start to deceive them?

Odds are, most of us would say yes. We believe honesty is a moral imperative, and we try to instill this belief in our children. Classic morality tales like “The Boy Who Cried Wolf” and “Pinocchio” speak to the dangers of dishonesty, and children who lie a lot, or who start lying at a young age, are often seen as developmentally abnormal, primed for trouble later in life.

But research suggests the opposite is true. Lying is not only normal; it’s also a sign of intelligence.

Kids discover lying as early as age 2, studies have found. In one experiment, children were asked not to peek at a toy hidden behind them while the researcher withdrew from the room under false pretenses. Minutes later, the researcher returned and asked the child if he or she peeked.

This experiment, designed by the developmental psychologist Michael Lewis in the mid-1980s and performed in one form or another on hundreds of kids, has yielded two consistent findings. The first is that a vast majority of children will peek at the toy within seconds of being left alone. The other is that a significant number of them lie about it. At least a third of 2-year-olds, half of 3-year-olds and 80 percent or more of children 4 and older will deny their transgression, regardless of their gender, race or family’s religion.

Children are also remarkably good at lying. In a series of additional studies based on the same experimental model, a range of adults — including social workers, primary-school teachers, police officers and judges — were shown footage of kids who were either lying or telling the truth about having committed a transgression, with the aim of seeing who could spot the liars. Astonishingly, none of the adults (not even the kids’ parents) could consistently detect the lies.

Why do some children start lying at an earlier age than others? What separates them from their more honest peers? The short answer is that they are smarter.

Professor Lewis has found that toddlers who lie about peeking at the toy have higher verbal I.Q.s than those who don’t, by as much as 10 points. (Children who don’t peek at the toy in the first place are actually the smartest of all, but they are a rarity.)

Other research has shown that the children who lie have better “executive functioning skills” (an array of faculties that enable us to control our impulses and remain focused on a task) as well as a heightened ability to see the world through other people’s eyes, a crucial indicator of cognitive development known as “theory of mind.” (Tellingly, children with attention deficit hyperactivity disorder, which is characterized by weaker executive functioning, and those with spectrum disorders such as autism, which are characterized by deficits in theory of mind, have trouble with lying.) Young liars are even more socially adept and well adjusted, according to recent studies of preschoolers.

The psychologist Kang Lee, who has been researching deception in children for more than two decades, likes to tell parents that if they discover their child lying at age 2 or 3, they should celebrate. But if your child is lagging behind, don’t worry: You can speed up the process. Training children in executive functioning and theory of mind using a variety of interactive games and role-playing exercises can turn truth-tellers into liars within weeks, Professor Lee has found. And teaching kids to lie improves their scores on tests of executive functioning and theory of mind. Lying, in other words, is good for your brain.

For parents, the findings present something of a paradox. We want our children to be clever enough to lie but morally disinclined to do so. And there are times when a child’s safety depends on getting at the truth, as in criminal cases involving maltreatment or abuse. How can we get our children to be honest?

In general, carrots work better than sticks. Harsh punishments like spanking do little to deter lying, research indicates, and if anything may be counterproductive. In one study, Professor Lee and the developmental psychologist Victoria Talwar compared the truth-telling behaviors of West African preschoolers from two schools, one that employed highly punitive measures such as corporal punishment to discipline students and another that favored more tempered methods like verbal reprimands and trips to the principal’s office. Students at the harsher school were not only more likely to lie but also far better at it.

Witnessing others being praised for honesty, meanwhile, and nonpunitive appeals for the truth — for example, “If you tell the truth, I will be really pleased with you” — promotes honest behavior, Professors Lee and Talwar have found.

So does a simple promise. Multiple studies have shown that children as old as 16 are less likely to lie about their misdeeds, and the misdeeds of others, after pledging to tell the truth, a result that has been replicated widely. The psychologist Angela Evans has also found that children are less likely to peek at the toy while the researcher is out of the room if they promise not to. Curiously, this works even with children who don’t know the meaning of the word “promise.” Merely securing a verbal agreement — “I will tell the truth” — does the trick. By the end of infancy, it would seem, children already grasp the significance of making a verbal commitment to another person.

As for those childhood morality tales, you might want to skip the more ominous ones. Professor Lee and others have found that reading stories to children about the perils of deceit, such as “The Boy Who Cried Wolf” and “Pinocchio,” fails to discourage them from lying. Reading them the story of George Washington and the cherry tree, on the other hand, in which truthfulness is met with approval, does reduce lying, albeit to a modest degree. The key to fostering honest behavior, Professor Lee and his colleagues argue, is positive messaging — emphasizing the benefits of honesty rather than the drawbacks of deception.

You can also simply pay kids to be honest. In research involving 5- and 6-year-olds, Professor Lee and his colleagues attached a financial incentive to telling the truth about a misdeed. Lying earned children $2, while confessing won them anywhere from nothing to $8. The research question was: How much does the truth cost? When honesty paid nothing, four out of five children lied. Curiously, that number barely budged when the payout was raised to $2.

But when honesty was compensated at 1.5 times the value of lying — $3 rather than $2 — the scales tipped in favor of the truth. Honesty can be bought, in other words, but at a premium. The absolute dollar amount is irrelevant, Professor Lee has found. What matters is the relative value — the honesty-to-dishonesty exchange rate, so to speak.

“Their decision to lie is very tactical,” Professor Lee said. “Children are thinking in terms of the ratio.” Smart kids, indeed.

Alex Stone is the author of “Fooling Houdini: Magicians, Mentalists, Math Geeks and the Hidden Powers of the Mind.”