Message From Our CEO

A Message from Our President 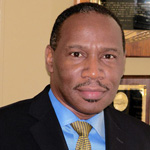 At Friends, we know that your child is the most important person in your life. We know that your child deserves only the best that the world has to offer. And that’s what we aim to provide each day to every child in our care: a safe, nurturing and emotionally supportive educational environment that enables your child to achieve his or her highest potential. Our professionally licensed and certified teachers and providers work with your child in both individual and group settings to facilitate the age-appropriate development of language, literacy, cognitive, physical and social skills needed to excel in the future.

In addition to our child care and early education programs for infants, toddlers and young children of all ages, Friends of Crown Heights Educational Centers Inc., is also an experienced provider of comprehensive family services and an active participant in the public life of the communities we serve. We believe that securing the brightest possible future for our children is a collective responsibility and we welcome the opportunity to partner in this effort with the countless families and friends who have embraced us over the years.

Come visit us some time and see for yourself what the future of safe, affordable child care and early childhood education looks like. For decades, we have set the standard by which others are measured and we’re proud to keep on leading the way in raising tomorrow’s leaders, today.
Thank you, and hoping to see you soon...
Vaughan Toney

For more than three decades, Vaughan Toney has combined a robust career in public service with a passionate commitment to child-care advocacy, early childhood education and community activism.  He currently serves as President / CEO of The Friends of Crown Heights Educational Centers Inc., (FOCH), one of the largest not-for-profit providers of subsidized child care and Early Childhood Education in the City of New York. Before accepting his current appointment, he had previously served for nearly two decades as chairman of the agency's board of directors. Under his leadership, FOCH now administers 20 day-care and early childhood education centers in the city. The agency also manages numerous After-school programs for Elementary and Middle School students, in addition to its popular Summer in the City Day Camp. Additionally, Toney currently serves on the board of the Day Care Council of New York; he is a former member of the Board of Directors of Child Care Inc., a non-profit advocacy group for children, and in contract negotiations with day-care workers, he is a member of the management team.

Toney’s passion for politics and public service was nurtured in his early college years, during which he served as an elected member of the student governing body at the State University of New York (SUNY) Albany, and as a student intern in the office of Assemblyman Angelo Del Toro. Upon graduating from SUNY in 1978 with a Bachelor’s degree in Political Science, he was recruited directly to the staff of the New York State Assembly Education Committee, where he served with distinction as legislative assistant to Chairman Leonard Stavisky. When Stavisky acceded to the New York State Senate six years later, Toney followed as senior staff analyst and special assistant to the Senator, who was appointed ranking member of the chamber's Education Committee. In 1992, following the adoption of a new City Charter and an expanded City Council in New York, Toney left Albany to serve as Chief-of-Staff to Councilwoman Una Clarke, the first Caribbean-American woman elected to the municipal legislature; four years later, he moved on to accept the position of Chief-of-Staff to the Rev. Dr. Lloyd Henry, representing the adjacent 45th Council District in Central Brooklyn. In both capacities, he crafted the legislative strategy that brought millions of dollars in capital investment and economic stimulus to the Flatbush, East Flatbush and surrounding communities of Central Brooklyn. Amid these political engagements, Toney also pursued studies toward a Master’s degree in Public Administration at New York University.

In recognition of his dedication to public service, Vaughan Toney has received numerous awards and commendations.

We are currently enrolling eligible 3K and Pre-K students for the 2023-2024 academic year. Please complete the form below so that our expert professional staff can assist you with the enrollment proce…
[ continue ]

Black Poetry Day is October 17th and honors past and present black poets. The day also commemorates the birth of the first published black poet in the United States. Jupiter Hammon, who was born on Lo…
[ continue ]