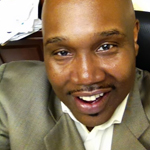 Mr. Davis has worked extensively in the field of Early Childhood Education and Training. At the State University of New York (SUNY) Research Foundation, he held the position of Early Childhood Training Services Specialist, in which capacity he was instrumental in developing and implementing a statewide training initiative for Early Childhood Centers and Family Day Care Providers across New York State.

Subsequent to his position at SUNY, Mr. Davis served as Adjunct Instructor at the New York University Extension Division, training future teachers and parents in the most effective approaches to educating children between the ages of birth to 7years.  He has also served on numerous professional committees and advisory boards including the New York City Department of Education’s Universal Pre-K Advisory Committee.

Mr. Davis completed his undergraduate studies at Oberlin College in Ohio, and Graduate studies at Brooklyn College of the City University of New York.
In addition to his expertise as a professional educator, Mr. Davis is also a noted artist in the operatic theater, having performed with major orchestras and opera companies throughout the United States. He made his New York City opera debut in 2003 in the opera X, The Life and Times of Malcolm, and has performed with the Boston symphonies, Houston symphonies and at La Fenice in Venice.

National Hispanic Heritage Month, which begins each year on Sept. 15, celebrates U.S. Latinos, their culture and their history. Started in 1968 by Congress as Hispanic Heritage Week, it was expanded t…
[ continue ]